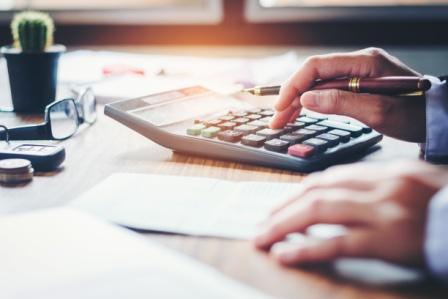 Have you heard the term “Contribution”?  If not, you’re not alone.

Sometimes, there are two policies in force which cover the same trip.

This could be because you purchased your travel arrangements with a credit card that has complimentary travel insurance and you then purchased stand-alone cover.  Alternatively, you might be covered by a corporate policy arranged by your employer and also your own personal travel insurance. If this is the case, the insurers might consider the prospect of “Contribution”.

Does having two policies matter?

The answer is no, it doesn’t and generally speaking, having two policies wont invalidate each other.  But, it can make things interesting if you need to make a claim.

Insurance provides to indemnify you for loss.  That is, it aims to return you to your pre-loss financial position.  You can’t profit from insurance by “double-dipping”.  This means you cannot claim compensation from both policies for the same loss and receive the benefit twice.

If you approach Insurer #1, they are obliged to consider your claim under the terms and conditions of their policy.  If that policy responds, they must indemnify you for the loss (subject to the policy terms and conditions).  If you have been fully indemnified by Insurer #1’s policy and another policy exists which covers you for the same loss, Insurer #1 can then approach Insurer #2 to seek a “contribution” towards the loss.  This means, Insurer #1 will ask Insurer #2 to share the loss / compensation they have paid to you.  Insurer #2 must then consider the claim under their policy and if it responds, they are obliged to share the loss with Insurer #1.  Let’s look at this by way of example;

Mary fell ill on holiday and went to see a doctor.  Mary incurred $1,000 for medical treatment.  Mary had two travel insurance policies and both provide cover for overseas medical expenses.  Both policies have a nil excess.

Mary claimed against Insurer #1 who accepted the claim and reimbursed Mary $1,000.

If Mary had claimed against Insurer #2 in the first place, its policy would have responded and it would have paid Mary $1,000.

But what happens if you have two policies and one of them does not fully compensate you for your loss?

In this case, you are entitled to claim against one policy and then seek the shortfall from the other policy.  Let’s look at another example.

John lost his Nikon camera while on holiday.  John has two travel insurance policies and both provide cover for loss of property.  John’s camera was worth $4,000.

John lodges a claim with Insurer #1.  That insurer accepts the claim and advises John that the policy has a sub-limit applying to claims for loss of camera equipment.  The sub-limit is $1,000.  Insurer #1 settles John’s claim at $1,000.

John has not been fully indemnified for his loss.  The camera was worth $4,000 and therefore he is $3,000 out-of-pocket.  John can approach Insurer #2 to see if their policy will compensate him for the shortfall.

Insurer #2 considers John’s claim and confirms that the loss is covered and there is no applicable sub-limit.  Insurer #2 pays John $3,000 (assuming the policy has a nil excess).  John is fully compensated for his loss, having obtained $1,000 from Insurer #1 and $3,000 from Insurer #2.

In this example, Insurer #2 compensates John directly rather than sharing a proportion of Insurer #1’s payment to John of $1,000.  This is because each insurer’s liability for the loss depends on the terms and conditions of their policy.  Insurer #1 can only be liable for the applicable sub-limit whereas Insurer #2’s policy has no such sub-limit.

Contribution is a general principle of insurance and can be a little tricky to get your head around.  Contribution between insurers for claim liabilities is permissible under the Insurance Contracts Act (1984).  The process and issues insurers take into account when considering Contribution are usually a little more complicated than the examples we have used here. Normally though, it happens behind the scenes and after a claimant has been indemnified for their loss.

Got questions about Contribution and how it might affect you?  Why not call us on 1300 819 888 or send an email to info@goinsurance.com.au